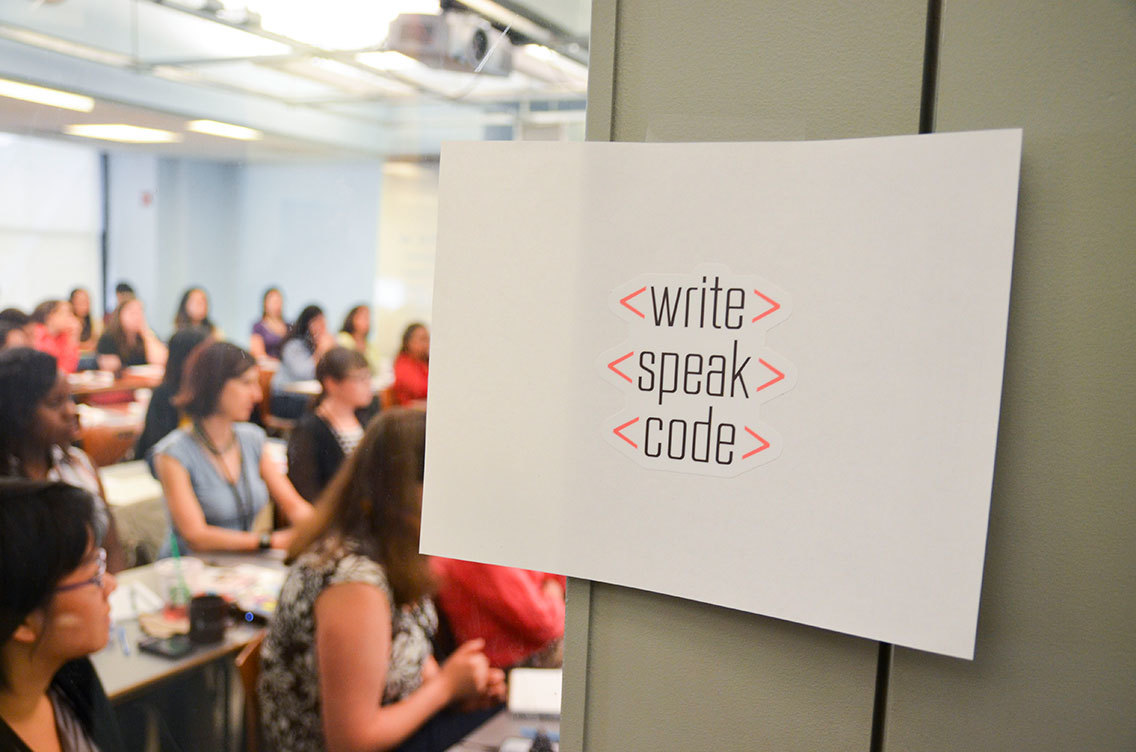 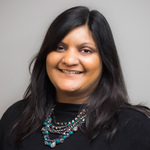 Saloni Shah
As we’re gearing up for Write/Speak/Code 2016, the annual conference for women software engineers, I thought this would be a great time to look back at Write/Speak/Code 2015 and what it was like attending the conference for the first time.
Write/Speak/Code is an organization on a mission to empower women software engineers become thought leaders, conference speakers, and open source contributors. The annual conference is  an intense 3 days of workshops, seminars, and talks. There was a day dedicated to each of the 3: Writing (blogging), Speaking (at conferences), and Coding (for open source).
One of the many reasons talented people do not share their ideas through a blog or a similar medium is this feeling of “having nothing to say.” The first day was dedicated to clearing up this misconception. We went through a series of exercises to identify our areas of expertise. This was followed by a brainstorming session to come up with topics for blog posts. And then a session to actually write a blog post. Along the way, many helpful hints and tips were passed on. We also heard from a panel of published authors and bloggers who answered questions and concerns around blogging and writing about technology.
The second day consisted a lot of information sharing and exercises to identify good conference talk proposals, writing a proposal of our own, and getting feedback from peers and experts on the proposals. A public speaking coach also gave us some really helpful pointers on speaking at conferences. In the latter half of the day, we were divided into smaller groups, each group having a couple of “Speaker Mentors." Within each group, all conference attendees worked on creating and then giving a lightning talk to the group. Our talks were video-recorded, and we received feedback from our mentors and peers.
The third day started with an introduction to Git and Github and was followed by informative sessions on open source contributions, licenses and the like. We proceeded to spend most of the afternoon finding an open source repository to contribute to, getting down to code, and creating a pull request. The awesome part of this was the atmosphere in the room. All conference attendees were asked to send in songs to add to a Spotify playlist specially created for the occasion (sponsor alert!). The Spotify playlist was playing throughout the afternoon, while everyone was working on code. There was a Slack channel open for everyone to ask questions, get help and collaborate. We also had experts walking around and helping us through the exercise. About 52 pull requests to open source repositories were created that afternoon!
Overall, here's what I liked about the approach:
The conference was created by a group of women who have struggled to become thought leaders in the field and thus understand a lot of the inhibitions that women still face in the technology field.
They have learnt from their experiences and have worked to create a result-oriented conference with an unique outlook. Their approach involves creating a safe environment in which women can ask questions they normally shy away from asking, identify their expertise and then learn how to leverage it to really advance in their field.
Now it’s a year later…and I am sure that Write/Speak/Code 2016 will inspire yet another group of women to become leaders!